Thipsamai – The Most Famous Pad Thai Restaurant in Bangkok 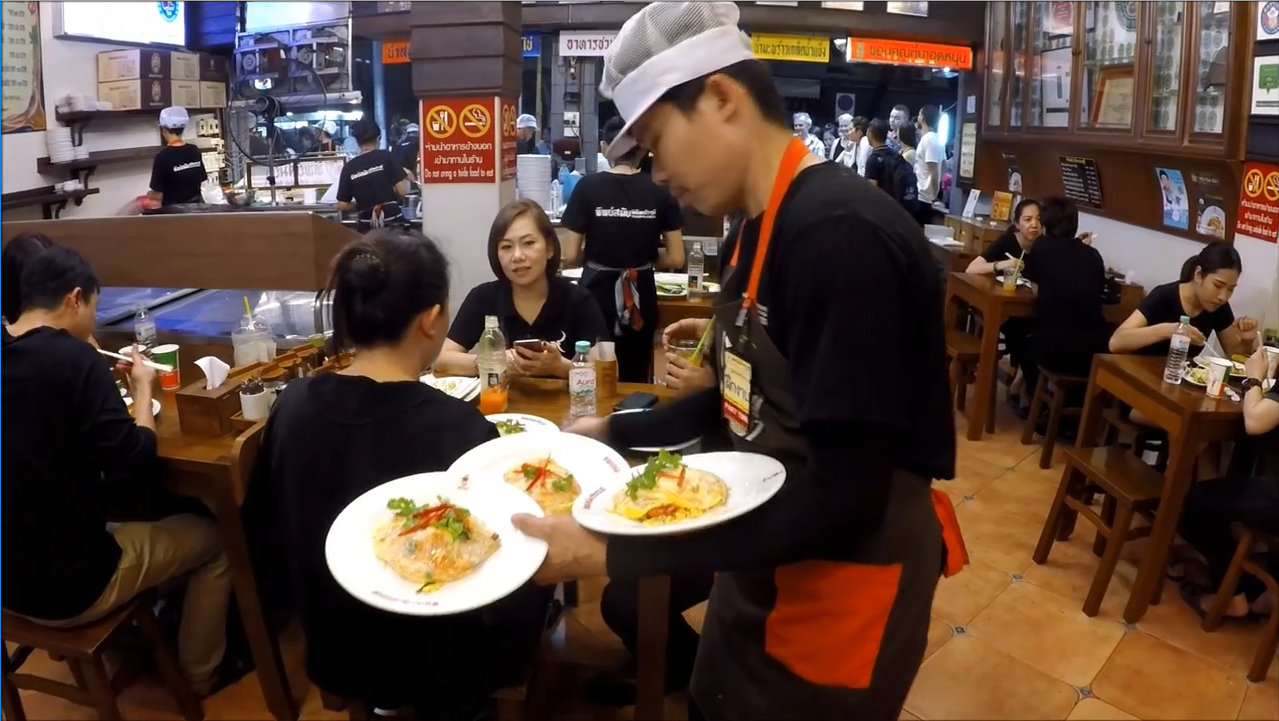 If you ever got the chance to eat Pad Thai in one of the food stands at Khao San – you’ll realize in no time that the name of the dish is the only thing it has in common with – Thipsamai; the quality and taste are entirely different.

Many of you will surely be surprised to read this – but the following observation is based on my longtime experience and acquaintance with many locals with whom I’ve dined numerous times – The Pad Thai is hardly popular among Thai people and they rarely eat the dish.

My wife is Thai, and I have never seen her order Pad Thai throughout our joined life – and the same thing can be said for locals, with whom I have dined hundreds and possibly thousands of times. I’ve never seen a Thai person order Pad Thai. While the locals do love and eat noodles of all sorts (Pad Si Ew for example) – I doubt that Pad Thai is included among their favorite dishes. Since I was intrigued by the topic, I asked local friends who confirmed they don’t eat Pad Thai, possibly because of the sweetness of the dish, but I cannot be certain of the reason.

The Pad Thai dish even has a fascinating history. Originally, it’s a Chinese-Vietnamese dish; before and during World War 2, a nationalistic wave came across many countries including Thailand. The Thai prime minister at the time, Luang Phibunsongkhram, decided to embrace the approach and tried to make Pad Thai the “national Thai dish”. It seems to me that the attempt failed in Thailand – but succeeded everywhere else in the world, so today Pad Thai is recognized as a symbol that represents Thai cuisine worldwide; it is known as the national Thai dish when it really isn’t.

I personally think that this dish is rather tasty, and of course – it depends on where you eat it. This brings us to Thipsamai – the most famous Pad Thai restaurant in Bangkok, which have existed for dozens of years and serves a single dish – the Pad Thai in its various versions and flavors. If you want to taste the real thing – this is the place for you.

Thipsamai is a rather humble and simple restaurant, yet it is neat and clean. Its kitchen is situated on the sidewalk at the front of the restaurant, where the many chefs work to produce various Pad Thai dishes (as you can see in the clip below). Inside the place, there are two air-conditioned halls while many desks are also set at the front, on the sidewalk.

Apart from eating there, visiting the restaurant is an experience of itself – this is literally a Pad Thai factory; the place is lively and bubbly, full of visitors who are usually waiting for a table in long lines. The restaurant is not cheap, (certainly not when compared to food stands selling Pad Thai) – a simple dish costs some 100 baht, and some dishes cost 200 baht (or even more).

My recommendation: try their orange juice alongside your dish; it’s delicious and worth the price (which is not cheap).

In conclusion: while Pad Thai isn’t the national Thai dish as many tend to think, it’s still a great dish. If you want to try the real thing – Thipsamai is the place for you to indulge in a unique culinary experience.

Location: the restaurant is in China Town, at Mahachai Rd

My Opinion:  For those who want to taste the real dish and enjoy a great culinary experience – you should visit here at least once.