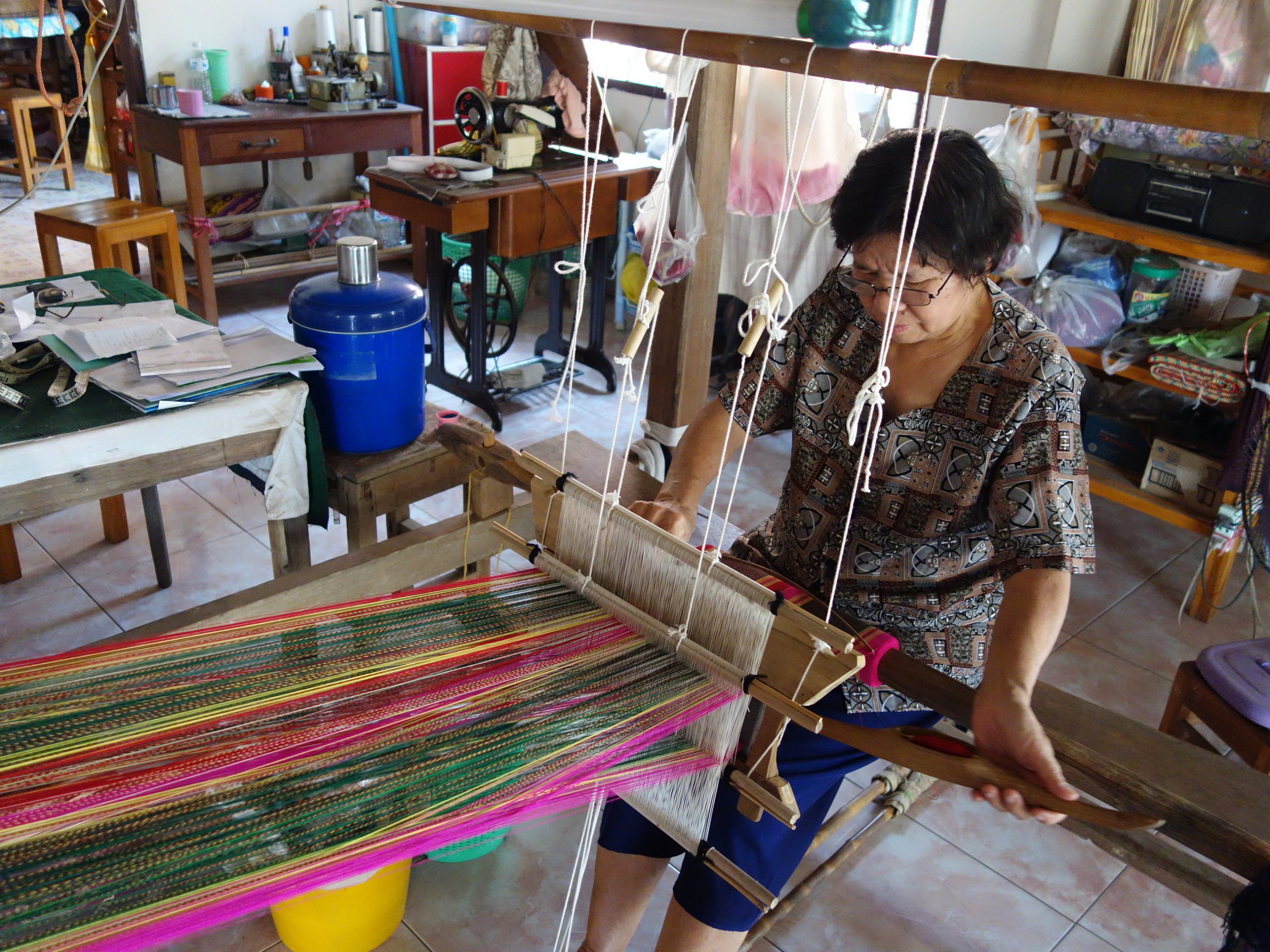 Si Satchanalai was the second most important city in the ancient Sukhothai kingdom and today is a quiet sub-district of Sukhothai. In the area, you’ll find a historical park and authentic villages which maintained the unique, traditional arts of ceramics and weaving that were typical of the area.

The city of Si Satchanalai was established in 1250 on the banks of the Yom River. The city’s most glorious days were in the 13 and 14 centuries when it was the second most important city in the kingdom of Sukhothai (1238-1438).

During these years, the city featured a grand industry of ceramics whose products were marketed to all the neighboring countries. The arts of ceramics of that era are considered the highest quality of Thai pottery, and unique ceramics that were found in local excavations and explorations of sunken trade-ships, are now featured in many museums across the world.

However, I recommend visiting this area, which features lovely, serene nature and offers several attractions that will surely appeal to history and antiquity lovers, as well as traditional art enthusiasts, who would be interested in the famous local ceramics and weaving.

This park includes the remains of Si Satchanalai, which was the second most important city in the kingdom of Sukhothai. Like Sukhothai’s Historical National Park – this site has also received the title of UNESCO World Heritage Site.

Here too, the park stretches across a rather wide area (some 45 square kilometers) and features a central area surrounded by a wall and further areas outside the wall. The main area can be easily explored by foot or bicycle (that can be rented on-site), but in order to visit the rest of the park, you will need a car.

One of the most important structures here is a large building called by locals Wat Prang or Wat Phra Si Ratana Mahathat featuring a large image of a sitting Buddha.

This was one of the most ancient temples in the area, whose building was initially carried out by the Khmer, even before the kingdom of Sukhothai, though it was expanded and altered over hundreds of years. Since king Rama 9 visited the area back in 1958, the site was a ‘royal temple’.

The arts of ceramics and weaving

Si Satchanalai area was where Sukhothai’s unique, famous ceramics were originally created (Sangkhalok Ceramic Ware). Trading these ceramics with the neighboring countries was one of the sources of the kingdom’s prosperity back in the day.

The unique traditional ceramics is presented in museums across the world to date, while here you can still see the artists who practice the same traditional techniques as they work; you can also purchase various ceramic goods.

In addition, you can witness here Sukhothai’s unique art of weaving.

In the ancient days, the Tai Puan tribe settled in the Sukhothai area and brought their unique colorful weaving style. The knowledge and skills passed from one generation to the next.

Si Satchanalai area features villages where women still weave by hand the same beautiful, colorful patterns that were weaved long ago, on outfits meant for ceremonies and special occasions.

Si Satchanalai is just an hour away from north Sukhothai yet most tourists do not know it. For those interested in history and arts – it is serene, authentic heaven you should visit and explore.

Attached is a video I took on Si Satchanalai: