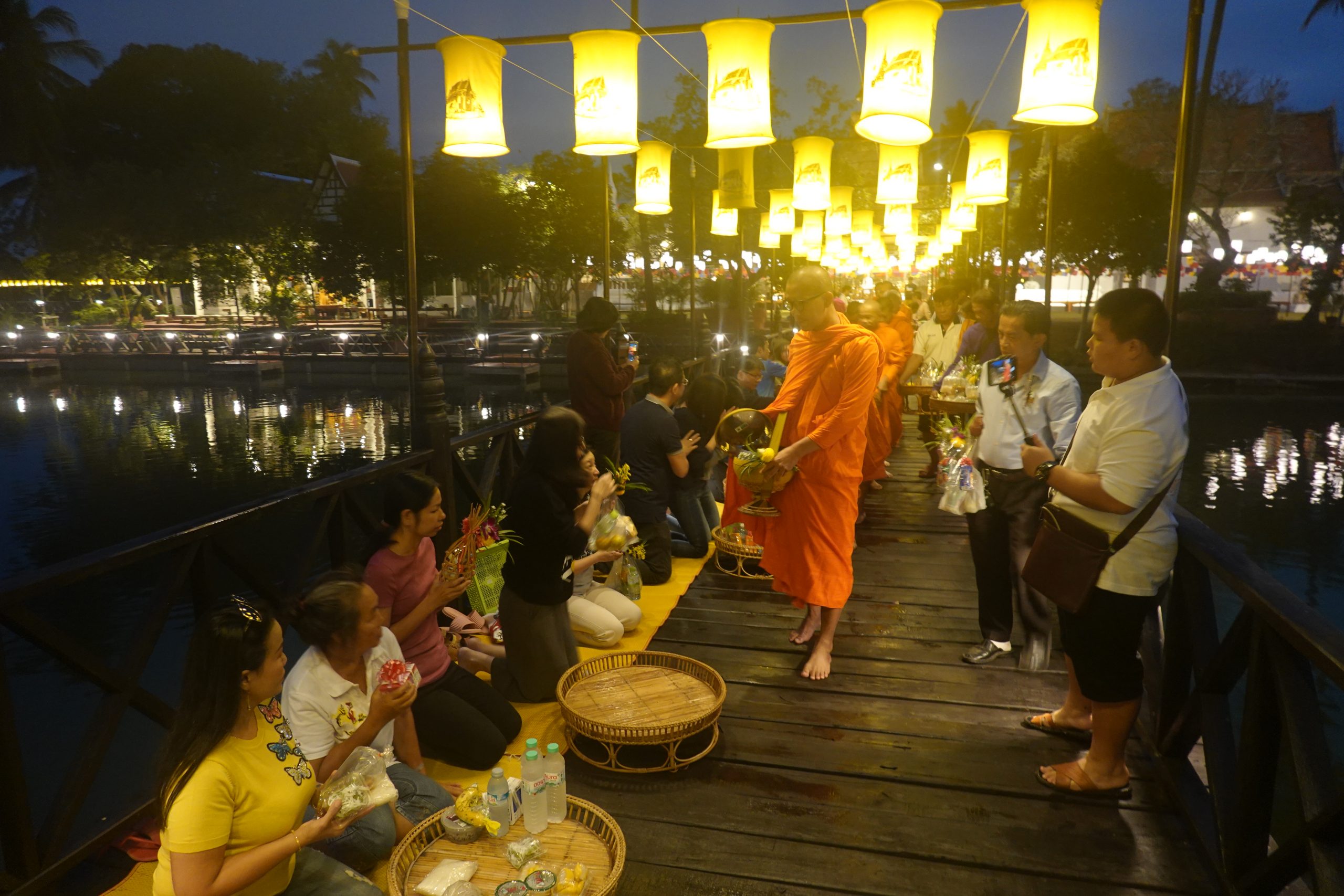 The ritual of offering giving to monks is an integral part of Thai culture; it is a way for the locals to express their gratitude to the monks who devote their lives to educate others about taking the high and right paths in human life.

The daily ritual is held early in the morning all across Thailand, and one of the best places to experience it is in Sukhothai – at a temple next to the historical park.

The idea behind the ritual

Giving offerings to monks is an integral part of Buddhism and particularly Thai culture. The essence is about the act of giving and what it means for the donor. The more a person gives without asking or expecting a return – the more he becomes rich in the larger sense of the word.

The person giving the offering acts against the urges of possessing which ultimately lead to pain. The offering marks the beginning of the journey towards nirvana.

With dawn, the monks exit the temple and march barefoot in a row led by the senior/veterans as the younger ones follow. They march barefoot to mark the connection to the ground, carrying a special bowl designated for offering; it is called Bat.

Monks do not prepare their own meals, so it is custom to bring food; the locals buy or prepare different foods such as rice, fruit, etc.

When the monks march by, locals greet them in the traditional wai greeting, placing the offering in the bowl. If the bowl is full, the monk places a cover, and the offering should be placed on top of the cover.

Thai women usually welcome the monks barefoot and kneeling but as tourists, you are not expected to follow these norms. You are expected to know that no woman should touch the monk or his tools, and you should not expect a thank you from the monk – as he is the one allowing you to give – an act which enriches and contributes to the giver.

When the monks return to the temple at the end of the round – the offerings are distributed between them all.