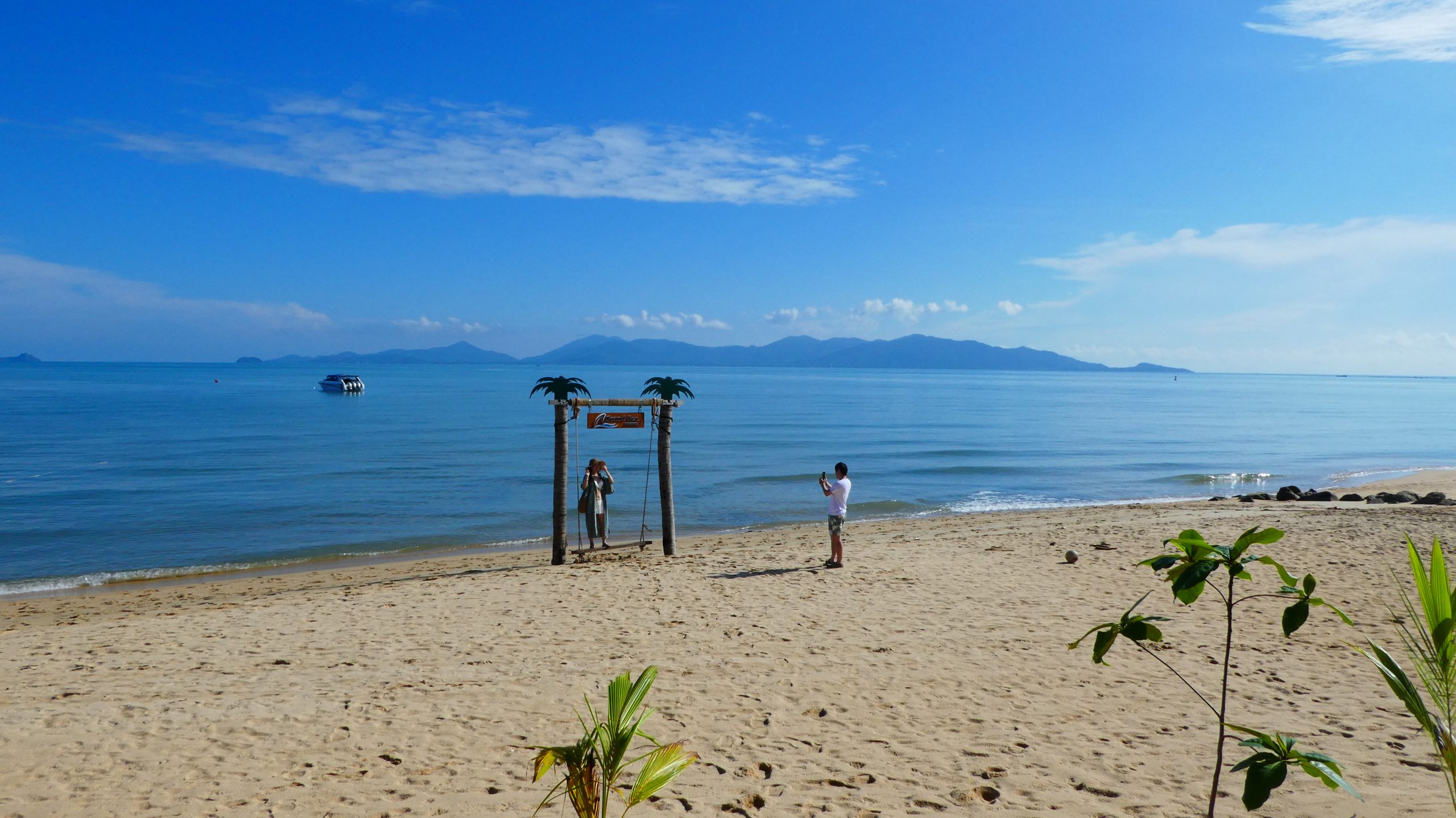 Ang Thong National Marine Park , The most beautiful and interesting natural attraction in Ko Samui area is Ang Thong National Marine Park – the group of 42 islands. This spectacular area is one of very few local attractions in nature, and its full name is Mu Ko Ang Thong, (Ang Thong means bowl of gold). It is located west of Ko Samui and Ko Phangan (some 30 km away) and was announced as Ang Thong National Marine Park back in 1980. The must-see destination features dozens of islands in various shapes and sizes that create a beautiful archipelago. You’ll find here towering chalk cliffs covered in various plans, white beaches, hidden caves and lagoons. All islands are unpopulated, excluding two – Wua Ta Lap (on which I’ll elaborate later) and Paluay, home of the sea gypsies’ tribe.

Ang Thong National Marine Park is home to monkeys of different species (including the lovely Langur monkeys that you can see in the attached clip), birds of all sorts and ofcourse many species of fish, that you can observe while snorkeling in the local coral reef.

The name means ‘The sleeping cow island’, and the destination is attended by (almost) all tourist groups who visit Ang Thong on their day-tours. The national park offices are located here, as well as visitor center, restaurant, (clean and tidy) restroom etc. From here you can take a kayak for independent tour or organized track in a planned and marked route that will lead you to another shore at the island. Keep in mind that the island may be full of tourists during the high seasons.

Next to the offices you’ll find a path that leads to a mountaintop, and at a 260 meters’ height to an observation point overlooking a spectacular view of the area. Please consider that climbing is hardly easy and requires you to be in good shape. You can sleep on site and rent a tent or simple bungalow (requires preorder).

The island features the beautiful lagoon of Thale Nai – a hidden lake of emerald colored water crowned by chalk cliffs. You can climb up on a path with wooden stairs up to the terrace overlooking the lagoon and enjoy the marvelous landscape (you cannot swim, but only admire the beauty of the place).

Interesting Anecdote: the lagoon was famous for many years among bag packers and even inspired the book (and movie adaptation) “The Beach” starring Lonardo Di Caprio – but the beach in the movie was filmed in Krabi (Phi Phi island) while the famous jumping scene from the waterfall to the pool beneath was filmed in Khao Yai National Park (Haew Suwat eaterfall).

The clear majority of visitors to Ang Thong National Marine Park arrive during their day-tours, mostly from Ko Samui, some from Ko Pangan, and possibly also from Ko Tao. Only ships that are authorized by Thailand government are allowed here, and different companies operate day-cruises for groups, that are usually called “42 island cruise/tour”.

Most group tours are similar, and include pick up and drop off at the hotel, sailing to the marine park, visiting the islands of Wua Talap and Mae Ko, with stops for snorkeling, lunch, optional kayaks etc. As this is a national park, admission fee is required (300 baht during my visit) and some companies charge a price that includes the admission fee, while others don’t, so make sure to double check your offer. You can also take private cruises that are far more expensive but also much more convenient as you can manage the tour plan and schedule.

The main difference between the group cruises to Ang Thong is the type of boat – which has a direct impact on the price. There’s a big ship (of some 50 visitors) or a speedboat (for 25-30 individuals), and the larger ships are cheaper and more comfortable. Some even have slides and diving boards on, but there are certain disadvantages to consider as well: longer time sailing means less time on the islands, and larger ships cannot dock right on the island shore but at a certain distance – so you must take a small boat ashore.

The best time to visit Ang Thong is from March till Late September. You shouldn’t visit during the Monsoon Season at the Eastern Islands – from October to January – due to possible storms and bad weather. In fact, there are several months during the Monsoon season that Ang Thong is closed for visitors. At any case – you should check the weather forecast in advance before scheduling the day trip and reschedule in case of bad weather.

Conclusion: this is the top attraction in Ko Samui and Ko Phangan area if you ask me. Despite the huge number of visitors, the National Park Authority does excellent job in maintaining and nurturing the area so even the most crowded beaches are clean and very organized.

My opinion: Ang Thong National Marine Park a must-visit destination for visitors of Ko Samui and Ko Phangan at the right season