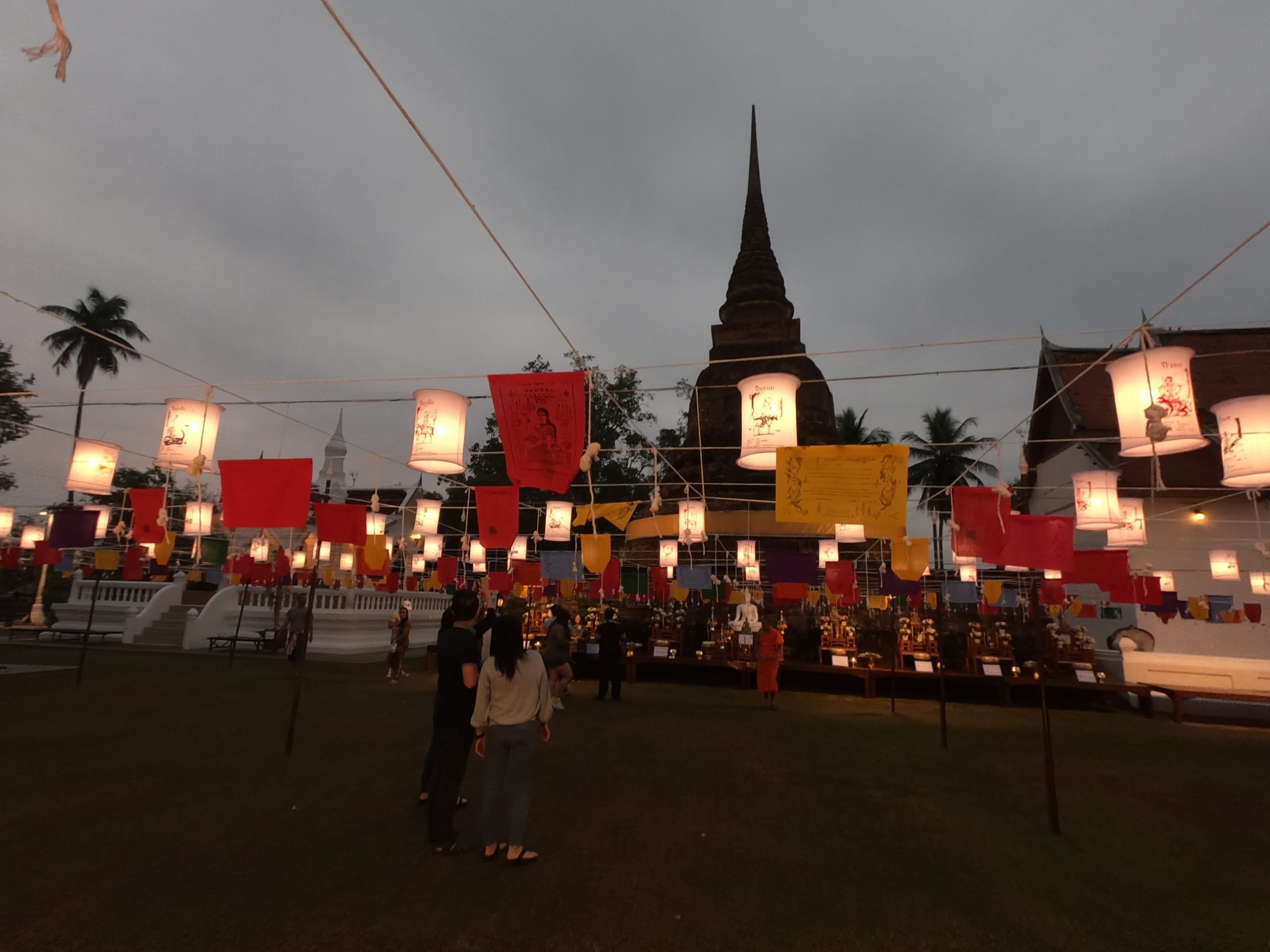 Sukhothai is the name of a province in the southern part of northern Thailand and was also the name of the first capital of the kingdom of Thailand.

The ancient capital remains are now in the famous and spectacular “Sukhothai Historical Park”. Other fascinating attractions in the area include authentic Thai village, the bats of Chao Ram cave, and more – reviewed in Sukhothai series.

Sukhothai means “Dawn of Happiness”. The province is located some 400 km north of Bangkok, and 300 km south of Chiang Mai. Its capital is new Sukhothai – a typical bubbly city located from both sides of Yom river. Some 12 km away, you’ll find the impressive remains of ancient Sukhothai which was established some 800 years ago and is now known as the famous and spectacular “Sukhothai Historical Park”.

Sukhothai borders with few provinces including Kamphaeng Phet, Lampang and Phitsanulok provinces. These provinces and their excellent natural attractions will be covered in further reviews on site.

A brief review of Sukhothai history

Sukhothai was established around 1230, serving as the capital of the first independent Kingdom of Siam, ruling over a large part of today’s Thailand.

While Thai history began even earlier, the kingdom of Sukhothai laid the foundation for Thai culture, hosting the creation of Thai art, architecture and language and setting the basis for political, administrative and religious foundations to come.

One of the prominent kings of the time was Ramkhamhaeng who created the Thai alphabet which is used to date, and laid the political, religious and royal foundations.

The first kingdom of Siam and its capital Sukhothai endured some 200 years. In 1430 the reign and the capital were transferred to Ayutthaya, later it was Tonburi, then Ratanakosin which is today’s Bangkok.

More historical remains of Sukhotai kingdom can be found in Historical Park Si Satchanalai (which was the second most important city and today is a sub-province of Sukhothai) and at Kamphaeng Phet National Park.

The area is famous for its historical sites but there are other excellent attractions around that reflect the authentic, beautiful Thailand that is hard to find in the heavily crowded tourist destinations.

Among them, you’ll find an authentic Thai village amidst lush flower beds, fruit gardens and green rice fields you can visit.

Here you’ll get to experience the authentic, quiet side of Thailand; you’ll meet here lovely, welcoming locals whom you won’t be seeing in tourist shows or commercialized tourist areas such as Chiang Mai and Chiang Rai.

You can also witness a unique phenomenon of bats that exists only in specific places in Thailand and visit villages that practice the arts of ceramics and weaving that are unique to the area and are presented in museums across the world.

♦ Sukhothai Travel Guide , attractions, pics and videos included, can be found in this review => follow the link

Sukhothai Travel Guide Conclusion: Sukhothai area is famous for its spectacular historical sites – but beyond that, this lovely area of Thailand features many authentic towns and villages that reserve and nurture the local tradition for many generations.